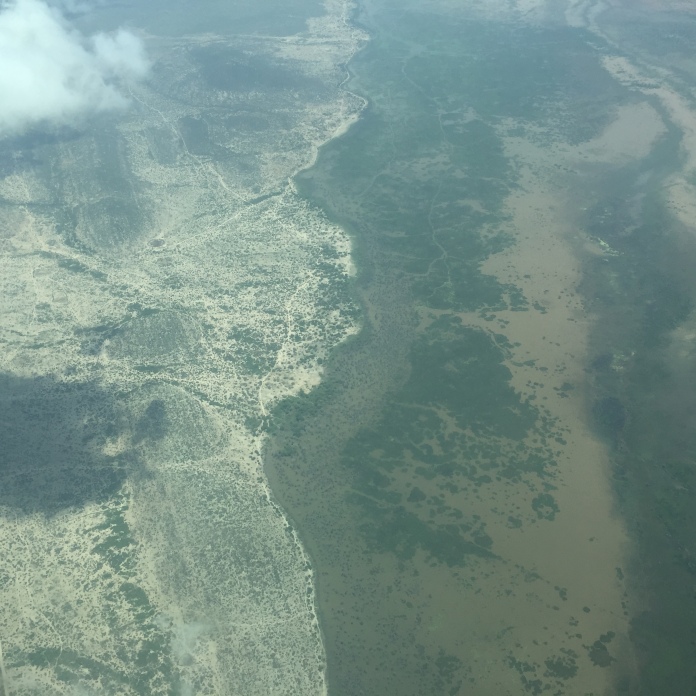 Next week I’m taking two lucky guides from Bush2Beach safaris out for the day to the wetland area in the aerial photograph (above), which lies south-east of Arusha, here in northern Tanzania.

It’s an area where the birds of the dry country, acacia-commiphora scrubland, birds of the Somali-Maasai biome, meet a wealth of migrant birds at a seasonal freshwater wetland. So, being mid-April, migrant birds, both Afro-Palearctic and intra-tropical African “rains migrants”should be there in good number.

A recent visit by some good friends yielded the scintillating Golden-breasted Starling, amongst several other scarce and local specialities, birds of our northern “Maasai steppe”.